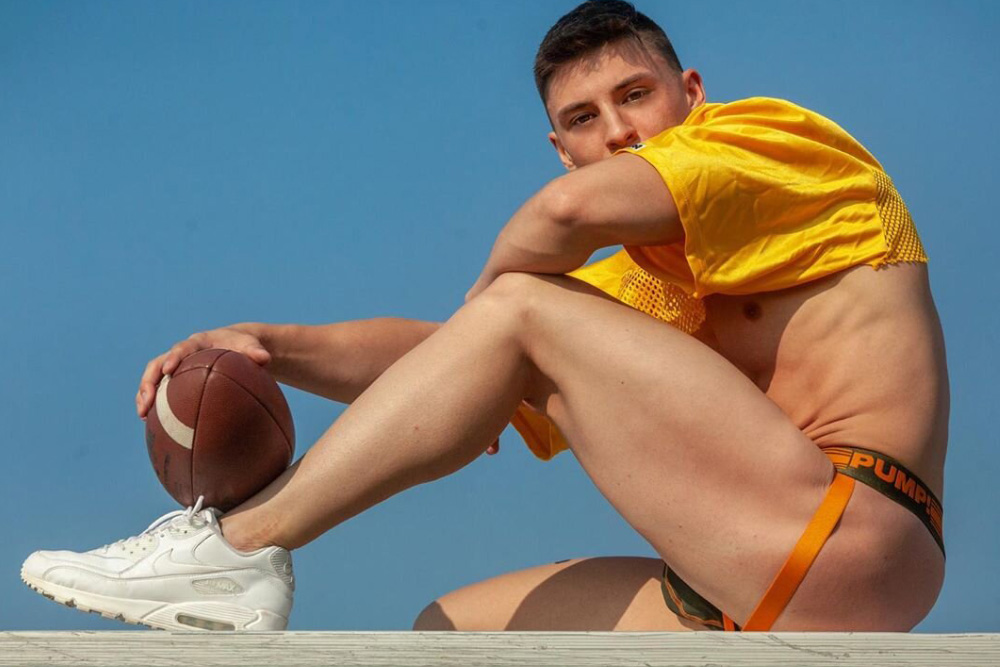 We are super excited to show you today the latest photographs of a hot men’s underwear model, Adam Hosman who recently got featured in an editorial of men’s fashion magazine DNA by famous men’s underwear brand Pump. This photoshoot was done by the most popular photographer Blake Yelavich which also known as Man of Utah. Adam Hos is a 24-year-old fitness model and trainer having very good looks and an amazing physique. He has been featured in many men’s underwear magazine editorials and campaigns. The model you see in these photos is wearing yellow jockstrap underwear for men from the latest collection of Play men’s jockstrap by Pump underwear. Adam is slaying in these amazing jockstrap underwear for men.