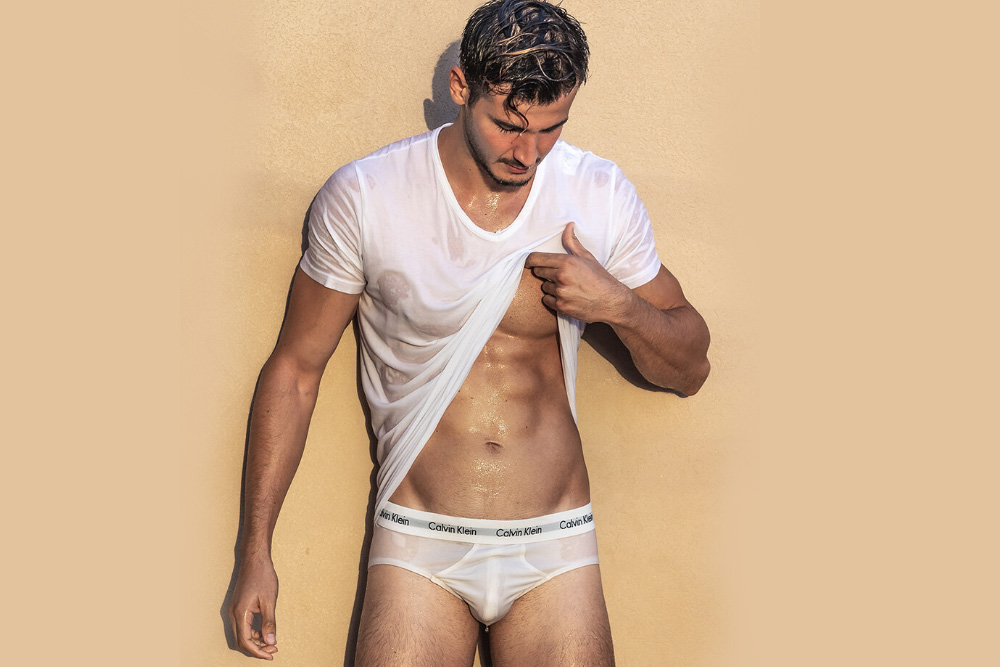 We are super excited to share the extract from a recent editorial featuring underwear by a famous brand Calvin Klein. The shoot was done by the most famous and talented photographer Alex Vainstein. The photoshoot was done in Tel Aviv, Israel. The model featured in these photos is Gal Bachar, a personal trainer and fitness model who has been featured in many fashion magazines. In the photos you see below, Gal Bachar is posing in white brief from the latest collection of men’s brief by Calvin Klein Underwear. This Calvin Klein brief underwear for men is super sexy and comfortable to wear as daily wear underwear. Enjoy the photos and stay tuned for more model editorials!