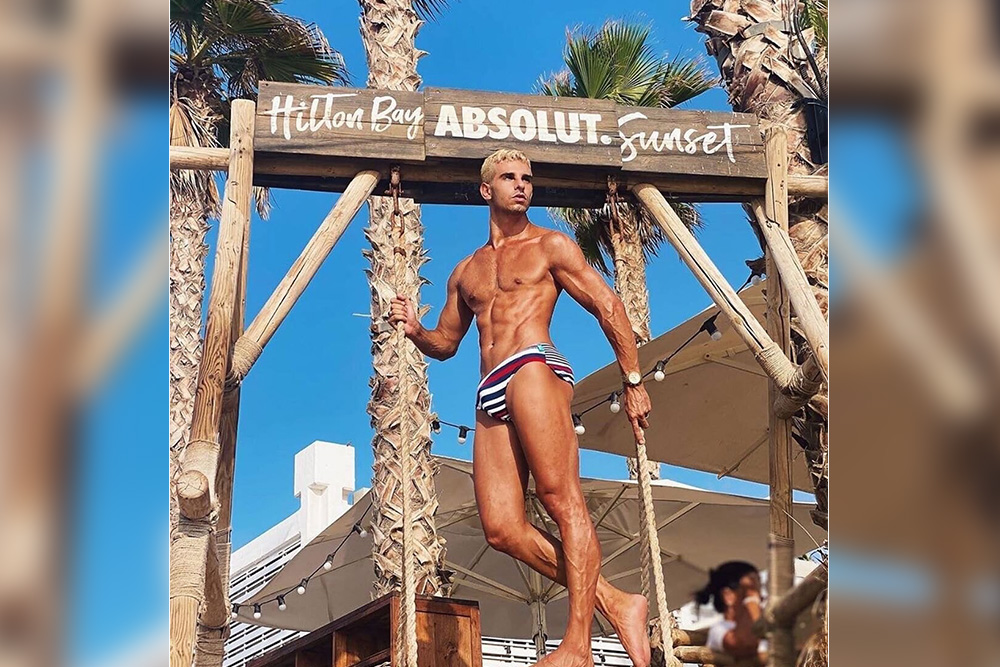 We are super excited to show you today the exclusive photographs of very hot and fit men’s underwear models, Sean Ruby Barkat and Dan Malkiel. They have been featured in a recent campaign of a men’s underwear brand Timoteo. The photoshoot was done at Hilton Beach Tel Aviv, Israel. Both Sean Ruby Barkat and Dan Malkiel are fitness models and doing very well in their modeling world. They have been featured in many men’s underwear fashion magazines. Models you see in these photos are posing in Lakeshore low rise swim brief from the latest collection of men’s swim brief underwear by the famous brand Timoteo. The Lakeshore swim brief underwear for men is a low-rise and snug-fit swim brief which is blessed with a drawstring waistband for a great fit.