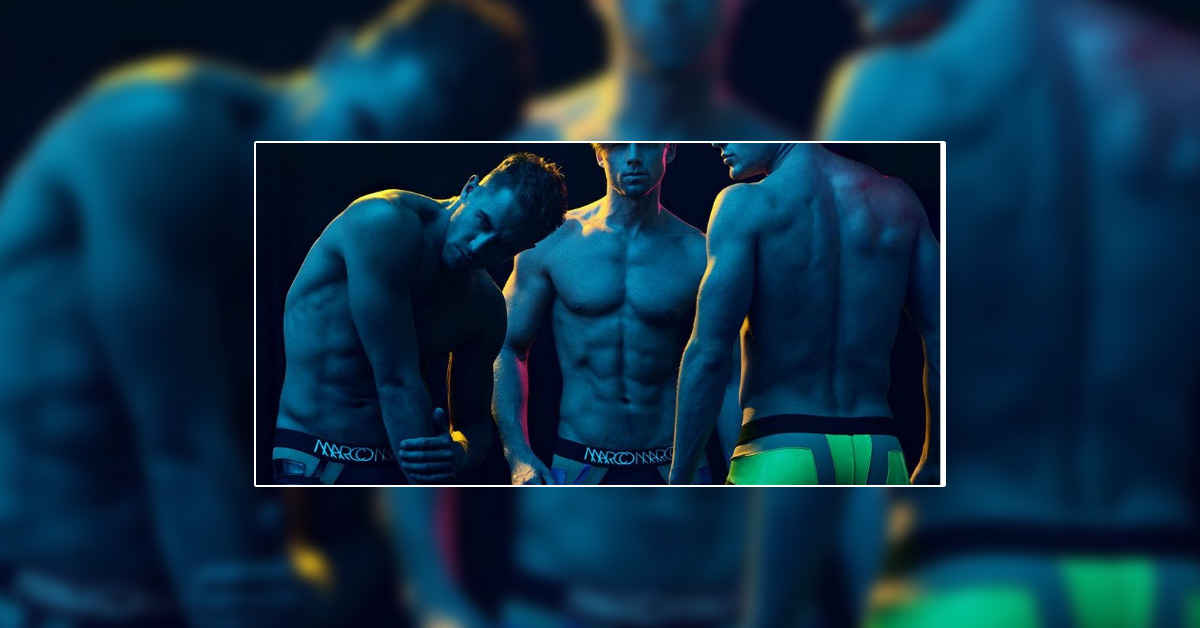 MARCO MARCO, who doesn’t know this extremely talented and fabulous fashion designer who is known for his colorful and bold designs of mens underwear. Besides sexy mens underwear, he is known for blowing people’s minds with an extravagant apparel range.

MARCO MARCO is a brand created by Marco Morante, a Los Angeles based fashion designer. He made his mark in the fashion and music industries designing for his eponymous label, Marco Marco.

Love for craft and tireless work ethics have placed him on a list named “high-demand designers”. From San Franciso ballet, Barnum to Bailey Circus, he has worked with everyone. He has even worked with the world’s most prominent artists.

Now the most important question, to be or not to be in Marco Marco mens jockstrap underwear range?

Myths are the biggest enemy of fashion especially the mens underwear range. Fake rumors can stop thousands of potential customers to try a certain style of clothing or underwear for men. This happens a lot of times with the jockstrap range.

But Marco Marco’s jockstrap underwear range is far from these types of myths and one of the biggest myths about male jocks is that it’s highly uncomfortable. But the fact is male jocks are uncomfortable only when you don’t know about your size. One designed in the right fabric and the right size will always provide you comfort and correct embracement.

When it comes to Marco Marco jockstraps, each pair is designed in superior quality fabrics and with the same great, elastic waistband as other garments in our underwear line. The width of his male jocks bands is wide due to which pressure gets distributed. Its range offers wearer great structure, support, and avoids issues such as clinging. Marco Marco male jockstraps don’t dig in so better stay away from unwanted rumors.

2.MARCO MARCO jockstrap underwear for men are too tight to handle. Not happening.

When we say a certain style of male lingerie or clothing is tight to us, that means either they are one size smaller than your original size or you have started gaining extra weight, if you don’t fit in second criteria, that means you have invested in wrong size male undies.

Speaking about Marco Marco jockstrap underwear range, each pair from this range gets around that by building their jocks with a center stitch and piping around the pouch. The piping used in your male lingerie not only makes your certain style unique, but it also offers additional cushion and boost of support hence investing in the correct pair of jocks will never go wrong. His brand’s male jocks are famous for two reasons, comfort, and style.

To explore the entire collection of MARCO MARCO’s men’s jockstrap underwear, you need to have patience and atleast one week after all each pair is fashionable, innovative, and aesthetically appealing. This range of underwear for men is great for men who are more attracted towards jockstraps in bold and vibrant colors such as bright neons somewhere in between.

Marco Marco believes that not just like two fingers cannot be same, similarily choices of two people cannot be the same therefore his collection include pair in every color. Its mens jockstrap underwear collection includes styles in subdued color like black or royal blue.

Someone fond of patterns can consider Red-Yellow Geo Spiral Jockstrap or the Basketball Mesh Jockstrap for themselves. This pair of mens jockstrap underwear is a beautiful combination of colors like orange, pink, purple, and white.

Being highly breathable, designed in high-quality spandex fabric, and covered with black basketball mesh, it is a perfect pair of male lingerie for your sports activities. One can consider this pair of mens jockstrap underwear for gymming and everyday wear.

Being a designer is not easy. You have to think about all aspects and then create a certain style of clothing or mens underwear. And that’s how this range was created. Marco understands that being a 21st-century man, you have a life beyond 9 to 5 job. You have to keep yourself fit, must be ready for all occasions and knows how to give your best.

So now, to be or not to be is your decision because you cannot trust other people’s decisions when it comes to picking the right pair of mens underwear for yourself. Therefore, make your decision.

Just like great Tom Ford, do you have any rules for mens jockstrap?

Looking for the best jockstraps? follow these 3 basic rules
Can Men’s Jockstrap Underwear be called men’s lingerie?
Men’s g-strings are all about showing off what you have

Which styles of mens underwear are responsible for ultimate performances?