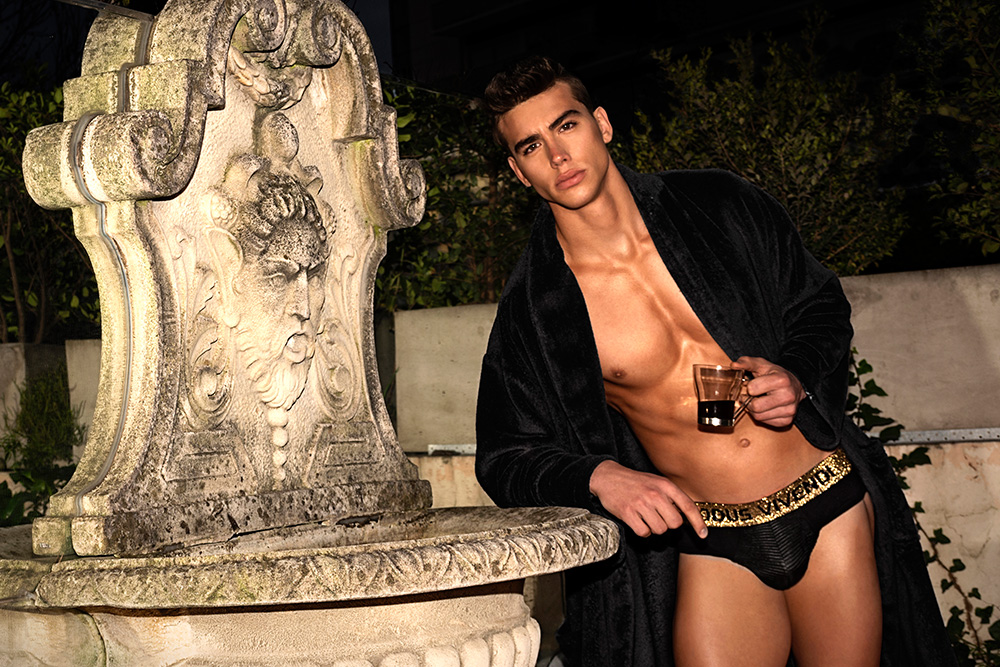 At first, when you hear the term festive, you think about the holidays and Christmas time but do you ever think that it could be a mens underwear style?

Well, Modus Vivendi Festive Bottomless is a perfect package for men who like to keep it shiny, sexy, and stylish below the belt. You might call it a mens brief because of the front coverage or a men’s jockstrap underwear that features no coverage in the back as well as a supportive approach for the manhood and the adjacent areas down there. What comes in as the icing on the cake is the back where the butts pop out and are the center of attraction.

With a shiny and shimmery design, you would find a small construction that features a golden waistband that shines bright, a pouch with horizontal stripes and smooth sides. Well, I might have said it too plainly but the striking features and characteristics of the men’s underwear are beyond regular.

Check out the video of these sexy underwear here:

Set up in 1989 by Greek-style designer, Christos Bibitsos, Modus Vivendi is a well-known brand. For more information about the sexy underwear brand, click here.

When you talk about Festive Bottomless by Modus Vivendi underwear, you can certainly depend on the looks as well as feel that the product provides. With a fabric composition of 95% Cotton and 5% Elastane, you are in for an extra amount of comfort and breathability down there. Well, the amount of elastane in the men’s briefs certainly provides that little stretch which you need for the various activities. You will find the fit and feel of the respective mens jock briefs quite pleasing.

There are two variants available in the series:

The only difference between the two tones is that the black one has a black pouch and the gold one has a golden pouch.

We practically like everything about this festive edit. You can actually enjoy wearing it to a theme party during the holidays. Knock everybody’s socks off with this extravagant mens lingerie. The Modus Vivendi Festive Bottomless is accessible in (dark and gold) masculine shades that brighten up your personality, has the great Modus Vivendi logo on the extra splendid belt. Manufactured flawlessly from glossy silk creased sparkly texture this unlimited is ultra extravagant. The uniqueness of the texture alongside the sparkling belt and the ideal fit makes this unlimited mens briefs an absolute necessity piece.

Everything is well but in case you pick the wrong size and the waistband flips over, the sparkly shiny part could cause you some irritation on the skin. However, the right size is the best choice for you.