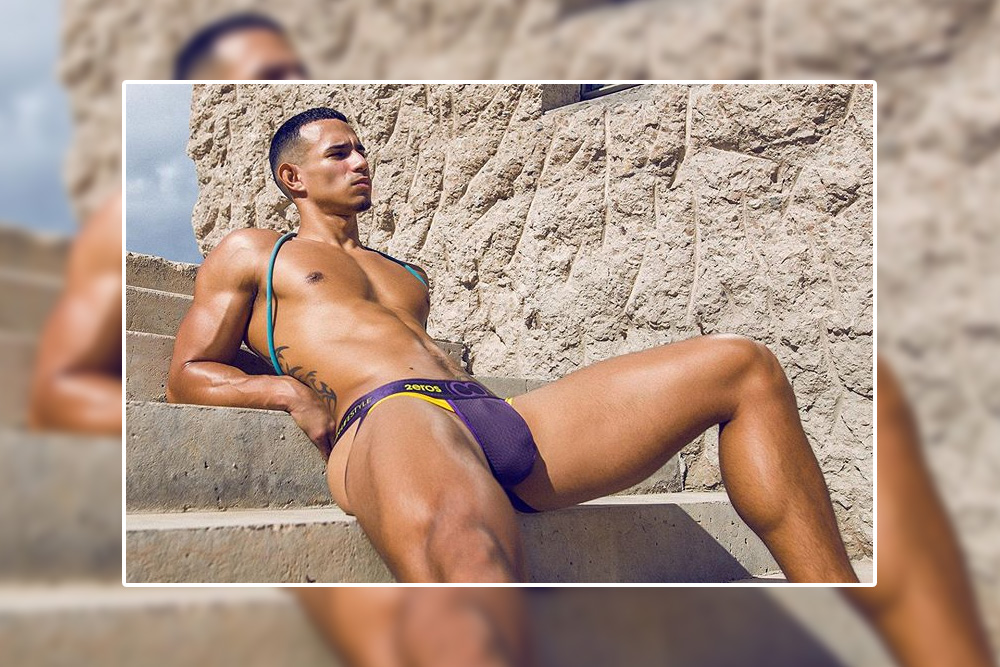 We are here to show the latest editorial work of a talented photographer Adrian C. Martin. He recently featured a new face, Jey Montano for the AKTIV NRG line campaign by 2EROS Underwear. Fitness model Jey Montano is 23 years old, born in Colombia, currently residing in Spain. The photos you see below are captured by Adrian C. He is posing in AKTIV NRG mesh jockstrap for men from the latest collection of men’s jockstrap by 2EROS Underwear. This AKTIV NRG jockstrap is constructed with a ventilated, quick-dry, and sweat-wicking fabrics to keep you cool and dry. It is one of the newest men’s jockstraps from 2EROS underwear.