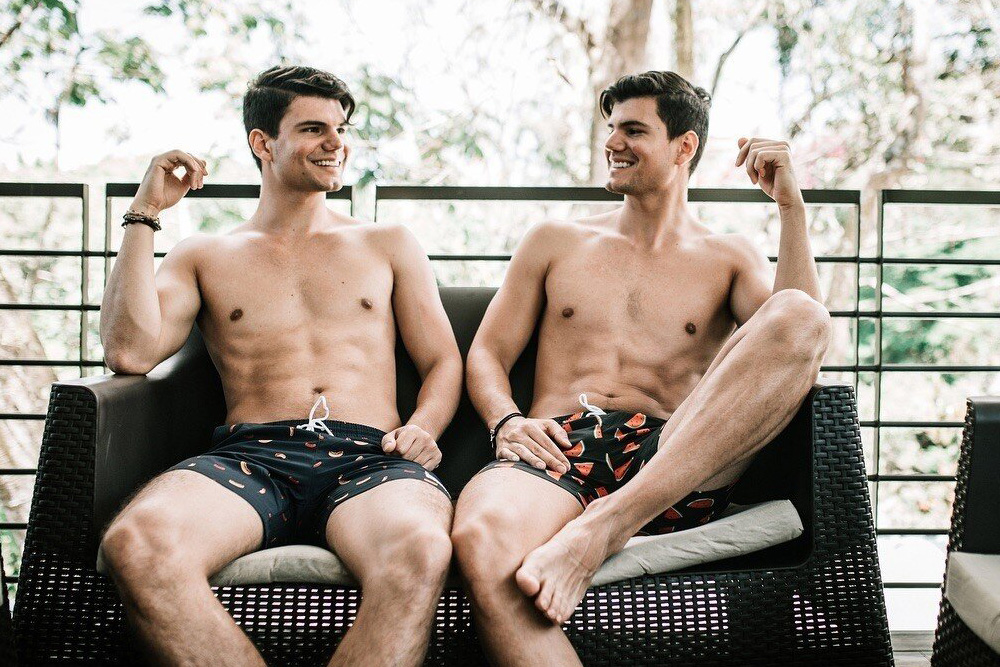 We are very happy to show the latest photographs of two young hot models, Esteban Castillo & Douglas Castillo who have been featured in an underwear brand campaign by Supawear. Both models Esteban and Douglas are twins from San José, Costa Rica. Esteban Castillo is graduated in industrial engineering and Douglas is graduated in computer science. In these photos, they are posing in Supasurf Beach short – Watermelon and Weiner from the latest collection of men’s beach shorts by the underwear brand Supawear. Shop these amazing men’s beach shorts from Supawear official website. Supawear is providing is 60% off on all beach short underwear for men.