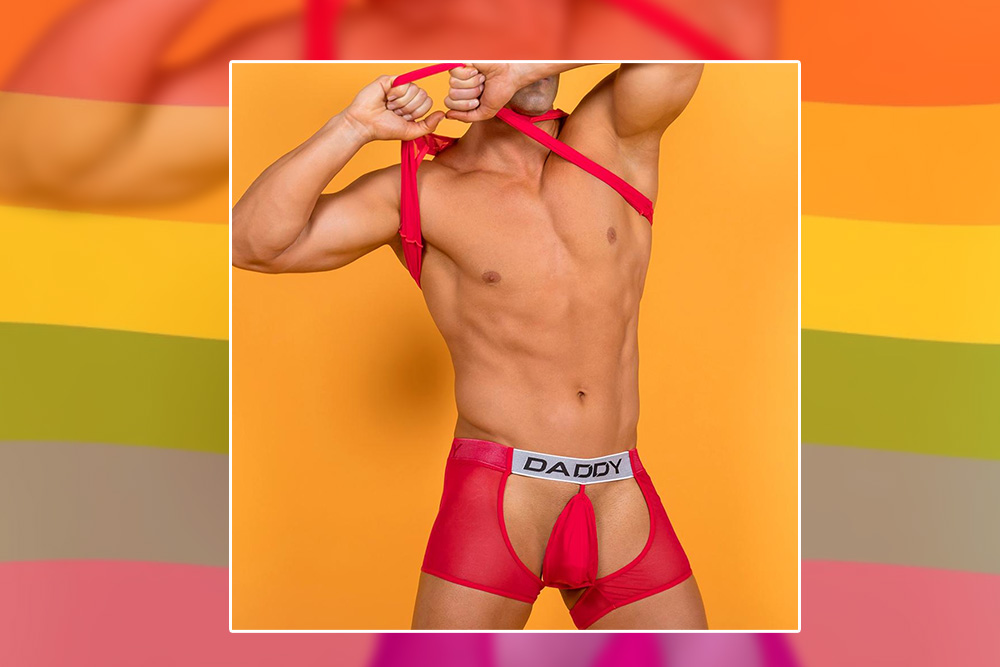 Before we get down to the points where we discuss whether men’s jockstrap underwear can be called men’s lingerie or not, let us take a look at the respective men’s underwear styles and what they mean individually.

Men’s jockstrap underwear is defined as “A jockstrap (also known as a jock, strap, cup, supporter, or athletic supporter) is an undergarment for protecting the testes and penis during contact sports, or other vigorous physical activity. A jockstrap consists of a waistband (usually elastic) with a support pouch for the genitalia and two elastic straps affixed to the base of the pouch and to the left and right sides of the waistband at the hip. The pouch, in some varieties, may be fitted with a pocket to hold an abdominal guard (impact resistant cup, box) to protect the testicles and the penis from injury” as per Wikipedia.

On the other hand.

I found this link on Quora, where the below-mentioned information was posted:

“The French word in its original form derives from the old French word linge, meaning ‘linen’. So faire le linge, comes to mean “do the laundry”. In French the word lingerie applies to all undergarments for either sex.

Lingerie is usually made of sheer, soft, smooth, lightweight, stretchy or decorative fabrics, such as silk, satin, lycra, chiffon & lace. Those fabrics can be also made of natural fibres like silk & cotton or other synthetic fibres like polyester & nylon as well.

Although that those lingerie were only designed for women’s basic underwear, but some production manufacturers are also designing them for men too nowadays.”

Hence, men’s lingerie is something that has been introduced for men as well. Now, you might be thinking that both men’s jockstrap underwear and male lingerie have nothing in common. So, how can male jockstraps be a part of men’s lingerie section?

Well, if you would have said that men’s jockstraps are not a part of lingerie for men a decade ago, I couldn’t have agreed more. However, now, the scenario is different. After male jocks made a comeback in the men’s underwear industry, the men’s sexy underwear is considered to be the best. If you think men’s jockstrap underwear is sexy or not, then this blog is for you.

So, what are the aspects that make jockstrap underwear for men lingerie for men?

From a fashion perspective, you would see that the exposure brings in a lot of opportunities. One can use the revealing back as a sex appeal feature that has multiple benefits including breathability to your butts and also make them look rounder as well as plumper.

The numerous kinds of fabrics

Let us start this with an example. Take a look at the collection of men’s jockstrap underwear by Secret Male. The majority of the fabrics used in the collection are sheer underwear for men, lace fabrics, and others that are fragile and delicate.

With such a wide variety of fabrics, you can be certain that these are the fabrics used in the men’s lingerie category as well.

These two aspects make it certain that the fashionable collection of men’s jocks are qualified to be called lingerie.

What do you think about this? Do let us know in the comments below.

What men’s underwear style you should wear at home?