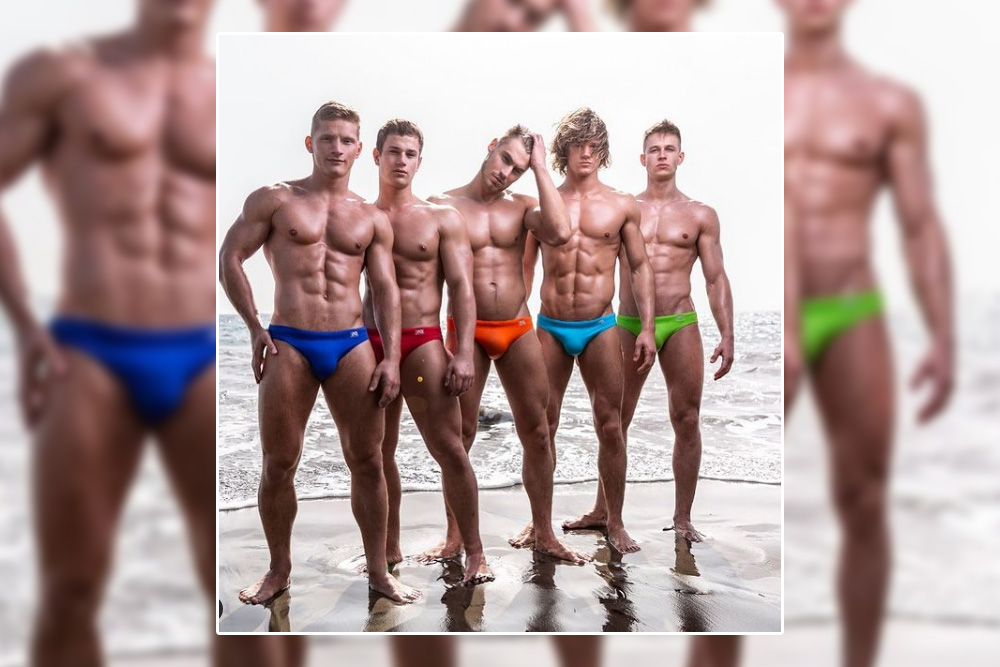 If you have been feeling really weird lately, let us give you a tip – Change the color of your men’s underwear and you’d notice the difference. While decades ago it was assumed that men liked white or least by far black color in their underneath fashion – did anyone even ask them if they would like to have underwear for men that was in purple or blue or even grey for that matter?

With time and the advancement in the male underwear industry, things have changed and so has the face of the industry as well. Now, men look for numerous quirky, vague (you can say) and bright colors in their men’s bikinis or even briefs for men (you heard that right). Why do you think brands like Andrew Christian come up with pop colors in their assortment. Well, this is not the only underwear for men brand that features colors that are not even close to the ordinary and conventional. There are numerous others like Pistol Pete, Cover Male and others that ensure men get to have not-so-boring and high-on-life kind of men’s underwear.

Talking about the colors, this blog will detail you about unusual and unique colors that you should choose to have in your men’s underwear styles .

If you would have known the men’s fashion underwear industry, you’d know that orange is one color that raised more eyebrows than how much a men’s underwear style covered the assets. Orange color is the perfect choice when look for the best and the path includes creativity that leads to success.

Cover Male Running Shorts have been one of the best examples when you think of multitude of colors. Orange being one, this men’s shorts are ideal for comfort and positive thinking.

There are numerous shades of green – with all different meanings that are both good and bad. While some greens can be very bright, some are on the dull side. As per this user on Quora named James Watson, “The color green signifies practicality and a personality that is down to earth. We see green all around us which soothes our mind. Hues of green depict various things like emotional healing and protection. In terms of underwear, it means a man who is ready for laid-back experience with nature.”

Definitely a unique color to pick when you think of being lazy and calm.

This Saxx Underwear gives you those Christmas feels when you look at it the first time but then when you look closely, you know they are golf grounds.

Coming to the more unconventional colors, pink has to be on top of the line. Definitely something that is related to girls and women since their birth, pink is considered to be feminine, fragile and gentle. But, who said that men cannot benefit from the pastel color when it comes their men’s underwear? The line of masculine swim briefs by Marcuse to men’s lingerie by Secret Male, pink is deserved by men in every form.

This men’s g-string underwear by Secret Male is the perfect number for men who like to surprise their partners.

Adding a pop of lime in your men’s underwear style won’t cause any harm to anyone for sure. In fact, including something so peppy would set you in the good mood for sure. With a low rise fit this men’s enhancing underwear is absolutely stunning. The men’s bikini underwear is high on exposure but doesn’t let you down in terms of support for sure.

Well, the name of the respective men’s brief underwear is Basic Colors Cotton Briefs but the color fuchsia is no ordinary for sure. Fuchsia is from the family of pink but is an altogether different color that brings cheer and happiness inside. For example this men’s sexy underwear itself.

The king of all colors, gold is all about grandeur. No wonder people around the world invest in gold for decorating their personalities. Gold is a lovely color and this men’s underwear by Clever certainly proves that.

Last but not the least for sure is going to the bling part-2 i.e., silver. Silver is considered to be a special color that is not meant for the ordinary times. Not does it only provide the shimmer to your underneath fashion but also makes sure you look absolutely stunning in the crowd of ordinary men’s underwear.

So, which color would you opt for the next time when you men’s underwear shopping?

Calvin Klein briefs for men: The timeless classic to have

Transform your underneath fashion with 2xist briefs for men