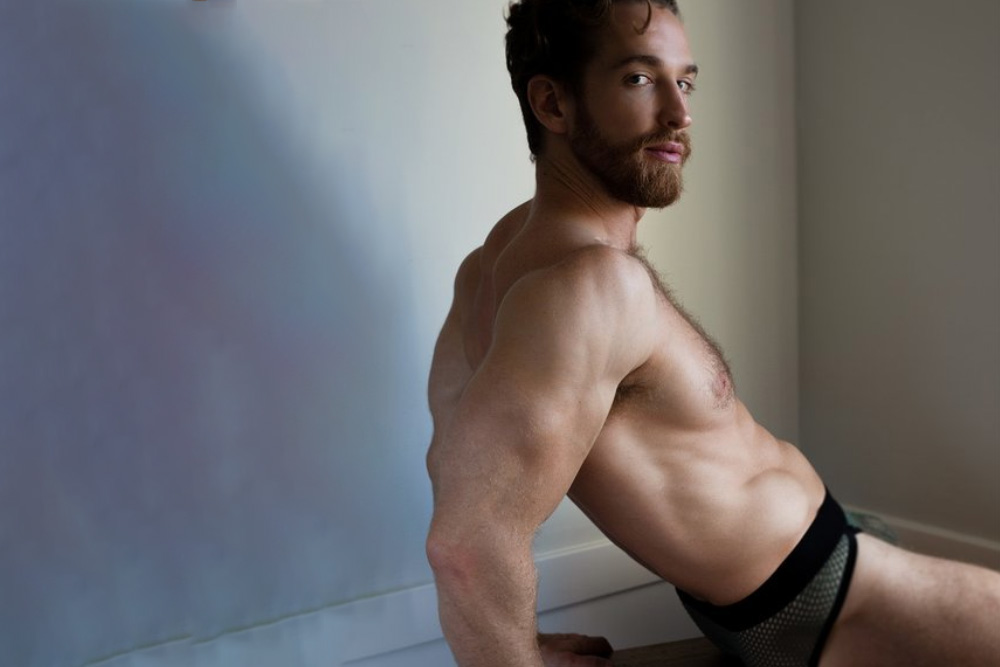 The highlights of the King Mesh collection by Body Aware Underwear

It has been more than 3 months that Body Aware Underwear came up with men’s sexy underwear series that features summer see-thru mesh underwear for men. The King Mesh collection by the male underwear brand has been one of the hottest talks in town.

Where Steven Edward Dehler poses in front of the camera wearing the different men’s hot underwear styles. The entire collection by the label is made to keep up the level of hotness yet comfort the manhood with the sheer underwear fabrics. Talking specifically about the King Mesh collection, you would be delighted to find that the sex appeal raised by the pieces available in the catalog. Whether you desire to show off what you have down with the eroticism involved or just flaunt the chiseled body with barely-there fabric design, this series is for you.

The following are the common features available in the entire collection:

The beginnings of Body Aware go back to 1985 when a possible-game round of squash between Body Aware prime supporters David and Kristina in Guangzhou, China, prompted a long-lasting association. Want to know more about the hot underwear brand? Click here to read more about the men’s underwear label.

When you take a look at the various options available in the Mesh series, you would notice that every piece loudly boasts about being HOT, EROTIC, and SEXY. Well, Body Aware underwear has been a name that makes sure men get what they’re looking for in their underneath fashion. All that matters is the men’s underwear styles are not boring, tad, or regular. The bold mesh underwear fabric used is all about showcasing your skin and the underneath way too well. Well, having a clean and hygienic underneath fashion would be a plus here but if you want to get that message clear to your partner about your plans – you know what we mean right? Then this would be the right collection.

Whether you’re looking for a pair of men’s briefs that aren’t your conventional men’s panties or tops that make all the difference for your personality, this series is absolutely the perfect match for you. The line of men’s brief underwear in the collection are designed to shape your assets and make sure that your manhood feels all the love with the contouring pouch. The thick waistband and the trimmings on the edges make sure that the mesh doesn’t stretch too much and cause wear and tear. If you looking for something that is less showy, check out the model here –

The men’s underwear styles available in the King Mesh series include: