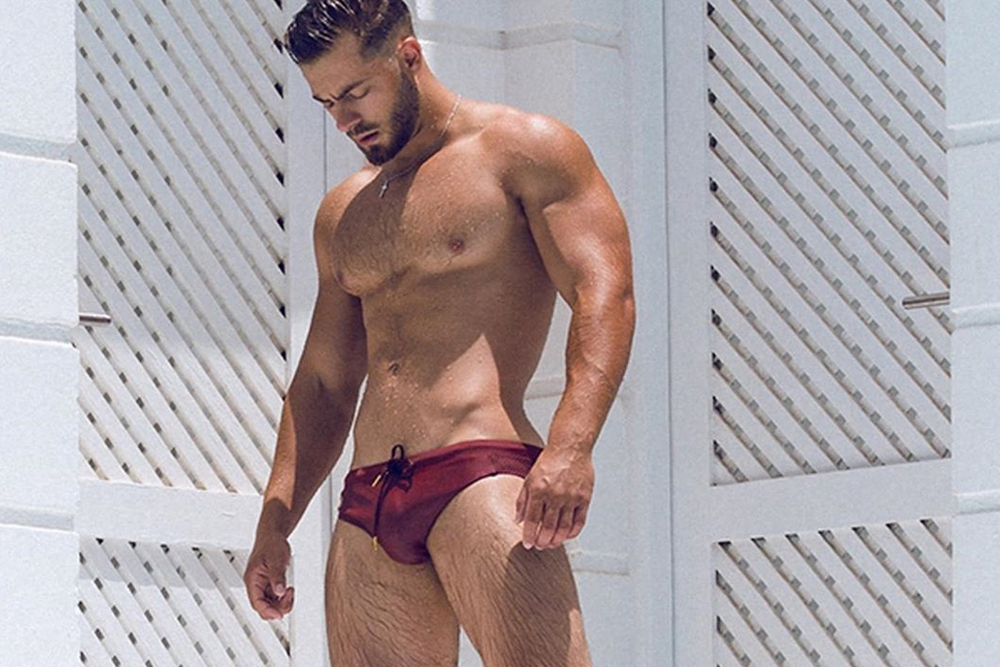 We are super excited to show the extract from a recent editorial work of famous photographer Adrian C. Martin. He links up with the fitness model, Kevin De La Cruz to feature him for the Teamm8 underwear brand campaign. Kevin De La Cruz is a Spanish model. He looks promising and has a very incredible physique. Kevin has been participated in various male beauty contests and featured in many underwear brands campaigns. The shoot was done at Lagos de Fañabé Beach Resort. Model Kevin is wearing a dash swim brief from the latest collection of men’s swim briefs by Teamm8 Underwear. This swim brief is featured with a signature side tie-cord detail on the waistband.