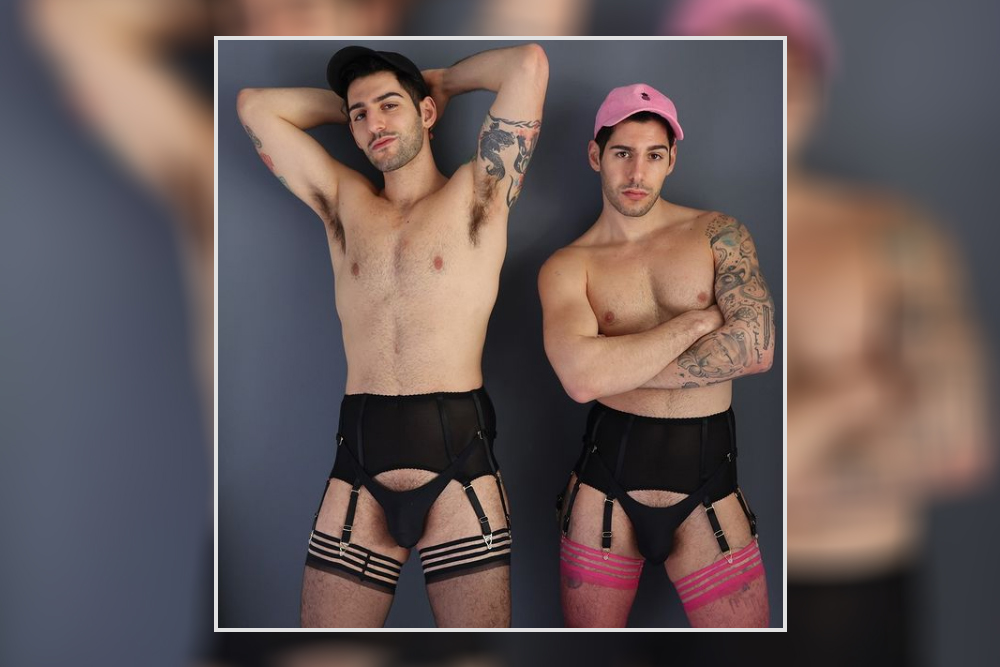 We don’t do bras, men don’t have breasts. We do a basque with an open chest.” says Jules Parker. Jules Parker is the founder of Moot Lingerie. Moot comes with the slogan “The Underwear Revolution”.

As a brand, they believe in designing lingerie that presents men with a full-looking package that accentuates their shape and helps them celebrate their male body. Recently, they launched their ethically-produced lingerie for men, crafted with hands and love by the female team in Yorkshire in Spring 2020. This line of male lingerie is a collection of made-in-England lingerie pieces that are designed to fit a man’s body.

According to research, underwear sales have flown during the lockdown and along with that, the latest trend in men’s undergarments emerged which is lingerie. Various brands such as SDL intimates, Moot and Exterface are working on this latest demand and supporting a fresh male image.

The founder of Moot Lingerie even describes Lingerie as a medium of decorating a body. He draws influence from history, citing the masculine as once being the most flamboyant of the genders. He has even observed that 50% of our sites sales happens to women, buying lingerie for their men could be the reason behind it. Hence, men are becoming open to sensuous lingerie.

What Does Moot Lingerie Offer to the Male Populace?

As a brand, they create 20 products in small batches and offers customization option in any size and that too at the same cost. Further, the price range of their collection starts from £30 to £200. If you are looking for sexy pair of male thongs, suspenders, lacy boxers, and open-fronted knickers, then this is the right collection for you. Jules Parker says that the cut line was lowered to just below the tummy line, and has added additional support. Speaking about the best-seller, it’s the ‘Westwood’, a suspender belt and low sitting corset where the briefs are attached.

Along with Moot Lingerie, other bigger lingerie brands are coming up with something unique. In other words, they are becoming open to taking bigger risks and giving up control over what constitutes ‘male’ or ‘female’ attire. Another male lingerie brand called SDL intimates believes in designing effortless pieces that fit the male body, however, cut from stunning fabrics and pretty colors. Looking at the men’s requirements they must own luxury lingerie/intimates.

The SDL intimates satin briefs for men and trunks are priced at £50 featuring suspender details. All of them were “carefully constructed” in London. Samuel Lucas, founder, and designer of SDL intimates – says: “The brand’s name comes from my initials ‘SDL’ and intimates is a reference to the nature of the garments I create.

Well, underwear for men is supposed to wear under other clothes whereas SDL intimates are designed to show off with their superb design details.

Similarly “Effenberger Couture is male lingerie brand which is famous for its quirky, bold, out there pair of male lingerie. On the other hand, Ludovic de Saint Sernin utilize fashion-forward fabrics for designing male jockstrap.

Has this trend been noted by men’s underwear stores, and has there been a rise in demand for men’s lingerie? Furthermore, Adam Davies who is a partner in Deadgoodundies.com and a specialist online store dedicated to men’s underwear describe lingerie as more, delicate and sensual, highlighting, revealing, and honoring the male form while remaining fetish-free.

Male underwear isn’t one of those wishy-washy men’s fashion trends; it’s here to stay, and it’s all over social media. Any major underwear brand, whether male, female, or genderless, should be thinking about this trend and how adventurous guys are getting, as well as the impact this will have on the market.

Isn’t it fascinating to find out or guess what Harry Styles is wearing beneath all that Gucci? That’s a brand that may benefit from this. It’s time for established underwear manufacturers to grow more intimate, and adding lace or satin to existing styles isn’t enough.

Have You Taken Advantage of the Skiviez Anniversary Sale?

Facts About Mens Jockstrap That Will Freeze Your Brain

How Smart Is Opting for G-String Underwear Rather Than Men’s Bikini?

Knock, Knock- Halloween on the door. Any exciting lingerie?

What Makes Men’s Mesh Underwear a Beneficial Choice in Summer?