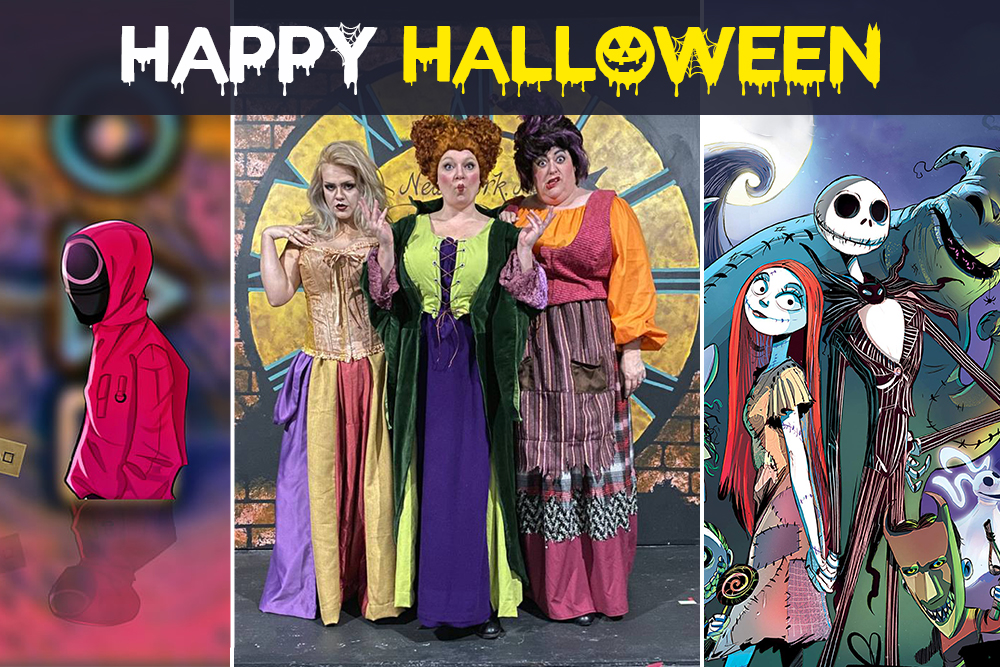 When it’s Halloween there are basic rituals which you need to perform such as trick or treat, dressing up as a ghost, and decorating your house in a spooky way. One ritual which you need to start doing from now onwards is watching spooky movies this Halloween.

Well, if we talk about spooky movies for Halloween, there is no end to the list. However, we have created a list for you all, so that you all can focus just on having fun with your partner or even when you are alone. But you know what, we won’t advise you to watch any of these movies alone as we don’t want you to spend a sleepless night. Trust us, they are scary.

If you are someone who still enjoys 90s shows and movies, this Halloween we recommend you to pick Hocus Pocus. Your Halloween is incomplete without this classic Halloween movie starring Kathy Najimy, Bette Midler, and Sarah Jessica Parker. The story revolves around the three play the Sanderson sisters, on Halloween night, a group of delightfully nasty witches is unintentionally resurrected.

As the movie is kind of spooky, we know you won’t be moving an inch from your place. Hence, pick boxer briefs for men. This style will keep you comfortable and ready for “washroom time”. You know, what if you want to pee and get back to your sofa before someone held your hand.

The Craft is another great movie for your 2021 Halloween. Teen witches dealing with love, mean girls, and magical powers, is what you gonna find in the movie.

The Nightmare Before Christmas (1993)

Looking for some spookiness cutely? The Nightmare Before Christmas is what you need to watch this Halloween. It is not wrong to say you might fall in love with ghosts. It’s part of Freeform’s 31 Nights of Halloween, as well as being available on Disney+.

Another “spooky movie” with a twist of romance is Edward Scissorhands. The movie revolves around Edward, an invention whose inventor….. sshhhh! we are not gonna reveal more than that. Better you watch a movie.

We know most of you wish to watch horror movies but couldn’t due to nightmarish scenes of the movie, but guess what, we have picked up the movie which is a perfect blend of humor and a little bit of spookiness. The wacky Addams Family may be obsessed with all things frightening, but they have a solid bond and are utterly charming.

Get yourself a pack of candies and wear your favorite pair of pajamas but don’t forget to cover your manhood with the simplest yet comfortable pair of underwear called men’s brief underwear.

If not fond of 90s movies

Did you know that Monsters do require a vacation? We had no idea until we watched Hotel Transylvania. If you don’t watch it yet, do check it out this Halloween. This sweet animated movie starring the voices of Adam Sandler and Selena Gomez will surely make your Halloween. Also, it’s a fun and family-friendly film so make sure you enjoy it with your family members.

Zombieland is a comedic spin on the traditional zombie movie, starring Jesse Eisenberg, Emma Stone, Woody Harrelson, and Bill Murray. Eisenberg portrays a nerdy student who teams up with other survivors to find a zombie-free zone.

Stranger Things is another binge-based popular supernatural series set in the 1980s and its Halloween episodes will make your Halloween scarier.

Make sure you are wearing a pair of briefs so that you can only focus on the scenes rather than focusing on adjusting your male underwear.

Well, this suggestion is not a movie but the most-watched series on Netflix. It’s not like your usual series, it’s a disturbing yet intriguing Netflix hit series which is based on the deadly tournament of children’s games.

In this new HBO series, the main protagonists in Lovecraft Country confront both real and imaginary monsters. Among the terrible people and animals, they encounter are racist cops, wizards, and bloodthirsty monsters—and that’s only in the first few episodes.

So this Halloween give these movies a shot and even the costumes or styles of men’s underwear which you have never given a shot. You can pair styles like men’s jockstrap underwear with your costume or even only go with jockstrap and style it with a cape and boots.

Hooked on men’s lingerie styles from these brands for Halloween